from the alps... to wayne's basement... to handing out cubes of sugar

yes i am doing it... this is a halloween post. but it's my first halloween in the states and i looove dressing up! i think i everyone should dress up more often.

yodeling in the alps...
ok. granted, me dressing up as a german is not really dressing up. but i just wanted to wear my dirndl (the traditional bavarian dress) again. and this was just my costume for the office...
the make-up: soft and feminine 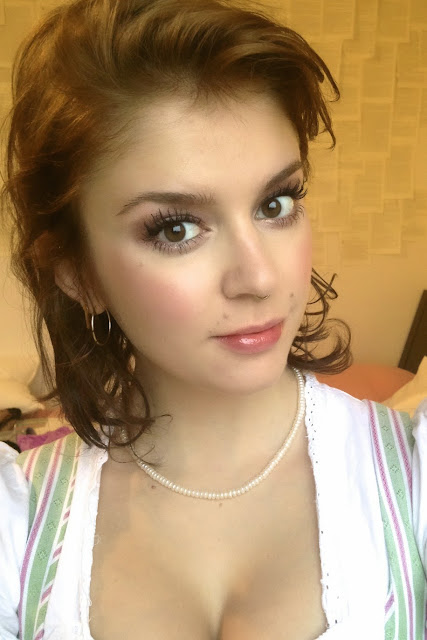 party on!...
i have been looking forward to dress up as wayne campbell for months! wayne's world is one of the movies that my sis and i can recite entirely from heart. and that iiiis what happened as soon as i parted my hair down the middle and put that hat on....
the make-up: basically... none. i mean, i'm a dude, right? 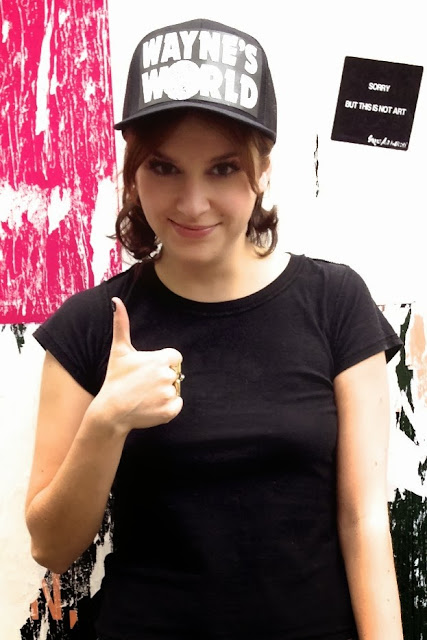 absinthe ferry...
this one was totally spontaneous.... i wanted to do a costume where i could play with make-up and sparkles. (they are an instant-happy-maker!) taking my la fée verte look to the next level... with kylie minogue in moulin rouge as the inspiration.
the make-up: gold… glitter... green sparkles... red lips and lashes (yup, i put red lip gloss on my lashes. because the only red contacts i found were a huuundred dollars. no joke….) 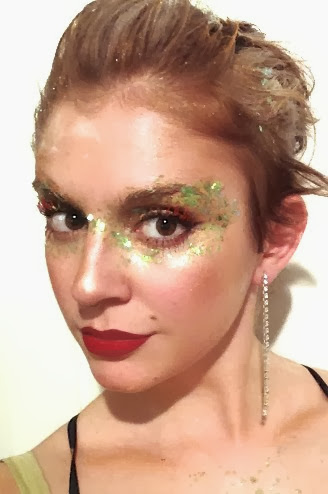 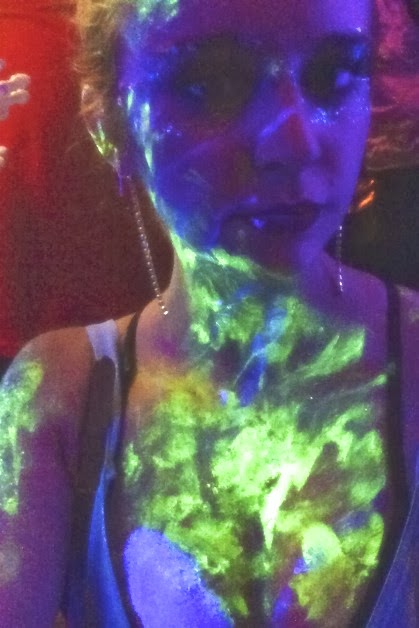 have fun…. and dress up! …even if it is not halloween