today i had lunch on the highline. (one of my favorite places is new York... by the way). i was just thinking about leaving (because it was a bit windy) when i heard someone playing the saxophone. i love the sound of the sax. i even used to play myself..... 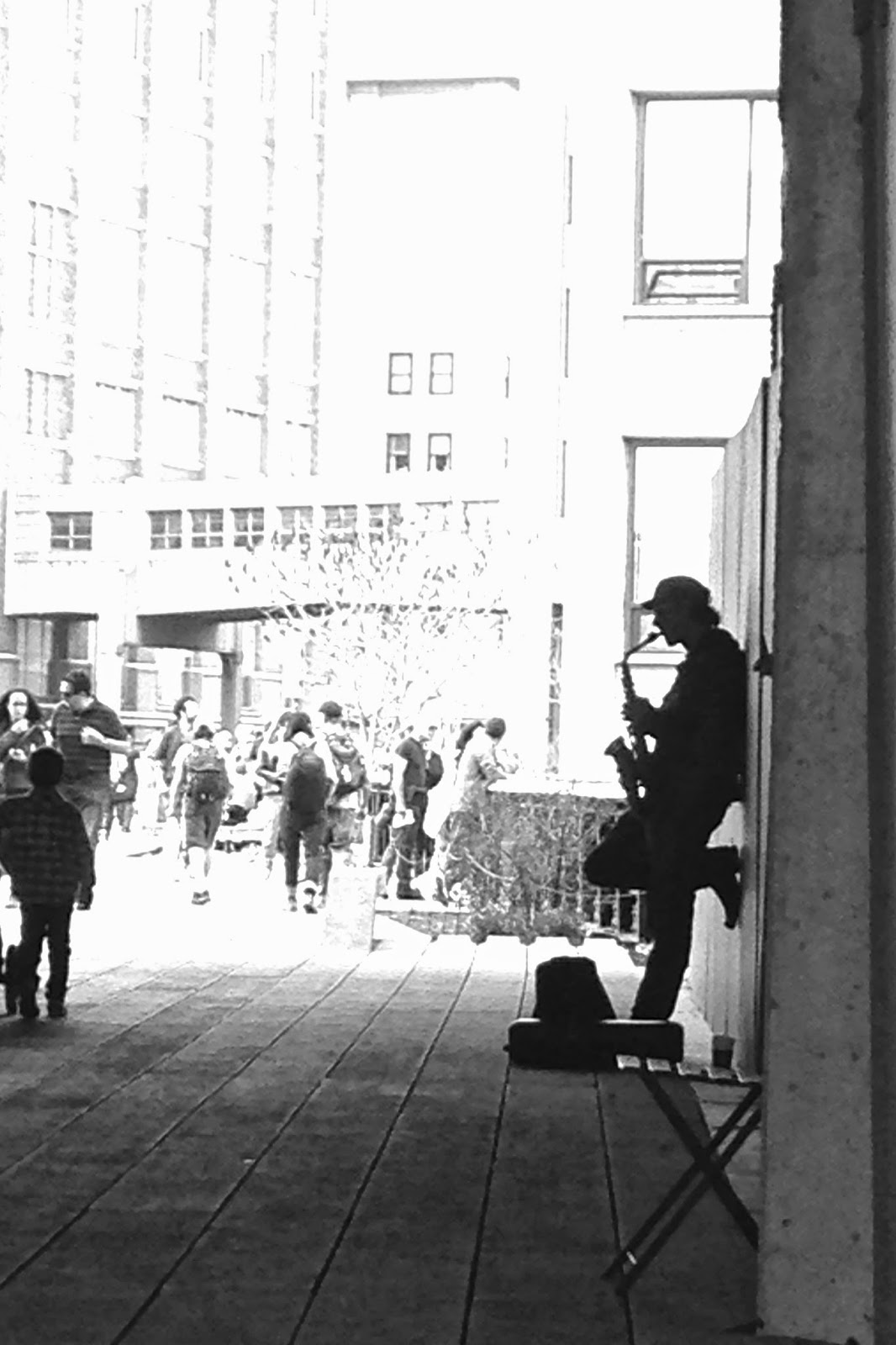 after taking his picture i wanted to give the musician (who (without knowing it) infused my ordinary lunch break with some loveliness) some money, but i only had a 20....... which is what i told him.... he smiled and told me it was fine...... but i still suggested that he breaks it down for me. he luckily could.... and we started talking.
i asked him where he was from. (i love a french accent...) belgium, was the answer. he told me about the time he toured in germany.... how he makes his own chocolate (chocolatsmeurens.com)....  how he got fired 2 times in the last 2 weeks ...."but, that's cool because the weather is nice". in that moment i envied him... for standing on the sunny highline and playing his sax. (i had a desk with a computer and piles of papers waiting for me) ..... when i told him that i envied his freedom, he replied "it's a choice and a dilemma" 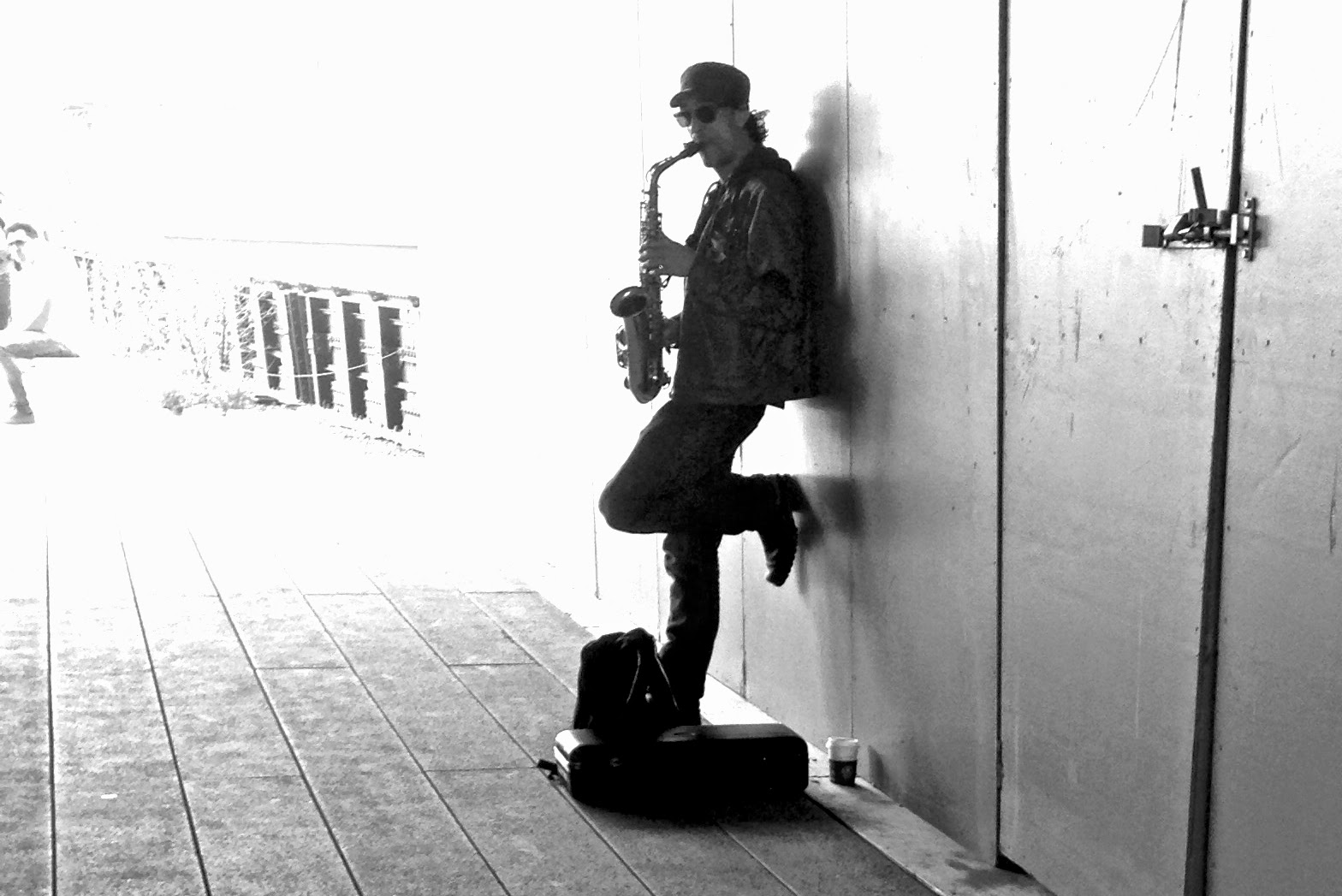 photos of paul and his saxophone, on the highline... taken by me.